Abundance Foundation President, Dr. Stephen Kahn, was featured in the Nashville Post to highlight the historic Belcourt theater’s free screening of Bending The Arc, a documentary about Partners In Health.

Abundance Foundation proudly hosted the exclusive and free Nashville screening of the groundbreaking film, along with an intimate Q&A and conversation between Partners In Health Medical Director, Dr. Joia Mukherjee and Dr. Stephen Kahn. 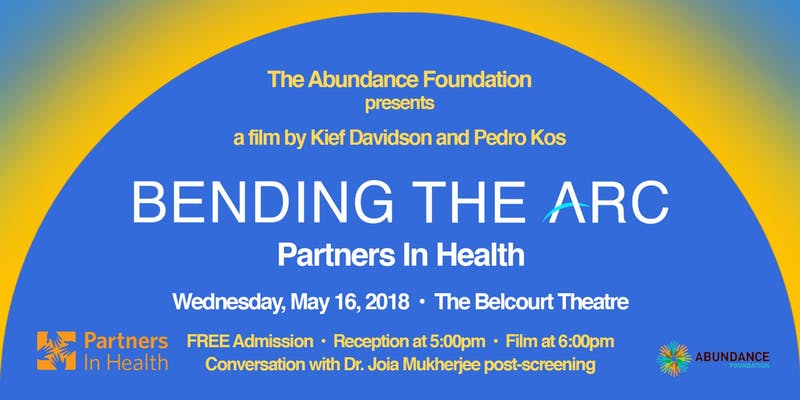 Variety wrote:
“Bending the Arc” is downright inspiring. With the gripping appeal of a great epic novel, Kief Davidson and Pedro Kos’ documentary…with the help of celebrity producers Ben Affleck and Matt Damon…spans three decades of diligent work on the frontlines of global health crises to prove, in moving detail, the difference dedicated professionals can make in seemingly hopeless situations. Partners In Health has pioneered deeper understandings of human rights, health standards and socioeconomic inequalities throughout the world.”

The film was recently received with critical acclaim at its world premiere at the Sundance Festival, and the Abundance Foundation was honored to host Nashville’s exclusive screening of the film at the Belcourt Theatre for one night only on May 16, 2018.